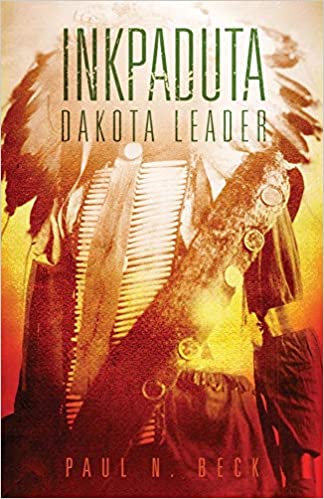 Leader of the Santee Sioux, Inkpaduta (1815–79) participated in some of the most decisive battles of the northern Great Plains, including Custer’s defeat at the Little Bighorn. But the attack in 1857 on forty white settlers known as the Spirit Lake Massacre gave Inkpaduta the reputation of being the most brutal of all the Sioux leaders.

Paul N. Beck now challenges a century and a half of bias to reassess the life and legacy of this important Dakota leader. In the most complete biography of Inkpaduta ever written, Beck draws on Indian agents’ correspondence, journals, and other sources to paint a broader picture of the whole person, showing him to have been not only a courageous warrior but also a dedicated family man and tribal leader who got along reasonably well with whites for most of his life.

Beck sheds new light on many poorly understood aspects of Inkpaduta’s life, including his journeys in the American West after the Spirit Lake Massacre. Beck reexamines Euro-American attitudes toward Indians and the stereotypes that shaped nineteenth-century writing, showing how they persisted in portrayals of Inkpaduta well into the twentieth century, even after more generous appreciations of American Indian cultures had become commonplace.

Long considered a villain whose passion was murdering white settlers, Inkpaduta is here restored to more human dimensions. Inkpaduta: Dakota Leader shatters the myths that surrounded his life for too long and provides the most extensive reassessment of this leader’s life to date.