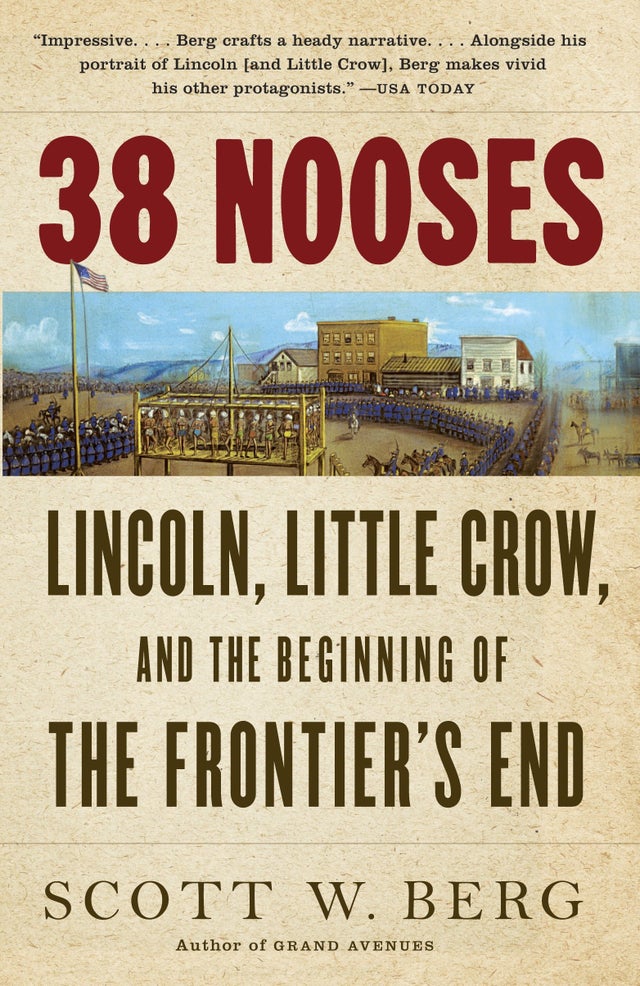 38 Nooses: Lincoln, Little Crow, and the Beginning of the Frontier's End

In August 1862, after suffering decades of hardship, broken treaties, and relentless encroachment on their land, the Dakota leader Little Crow reluctantly agreed that his people must go to war. After six weeks of fighting, the uprising was smashed, thousands of Indians were taken prisoner by the US army, and 303 Dakotas were sentenced to death. President Lincoln, embroiled in the most devastating period of the Civil War, personally intervened to save the lives of 265 of the condemned men, but in the end, 38 Dakota men would be hanged in the largest government-sanctioned execution in U.S. history.

Writing with uncommon immediacy and insight, Scott W. Berg details these events within the larger context of the Civil War, the history of the Dakota people and the subsequent United States–Indian wars, and brings to life this overlooked but seminal moment in American history.