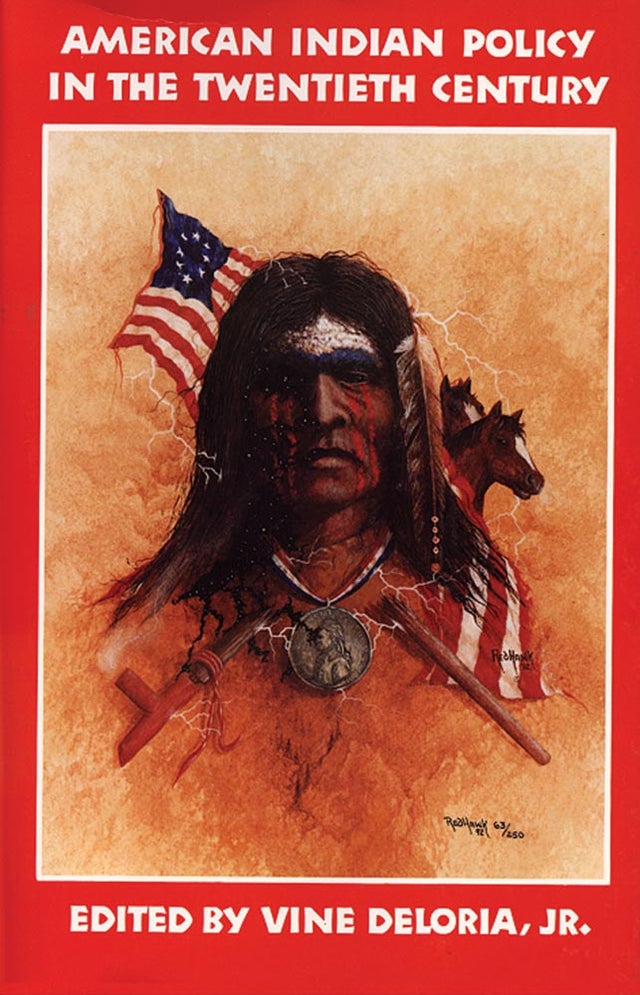 Against the background of the larger field of Indian affairs, these authors suggest new ways of thinking about specific problems:

The articles treat both historical problems and current issues that must be confronted if Indians are to move forward to stabilize their communities and protect their rights and resources. In part speculative, the book defines many of the factors that bear on the formation of policies at the federal level, and it discusses new institutions and legislation that can assist American Indians, enabling tribal members and other individuals to better understand their present status and draw reasonable conclusions about their future. This book will be of interest in several fields of study. History and law classes, short courses on Indian affairs, tribal governments and training programs, and state agencies that deal with Indians will find it of benefit, as well as the general reader interested in the welfare and future of American Indians.