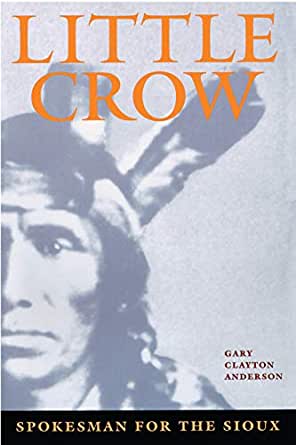 Little Crow: Spokesman for the Sioux

Government officials and missionaries wanted all Sioux men to become self-sufficient farmers, wear pants, and cut their hair. The Indians, confronted by a land-hungry white population and a loss of hunting grounds, sought to exchange title to their homeland for annuities of cash and food, schools and teachers, and farms and agricultural knowledge. By 1862 the Sioux realized that their extensive kinship network and religion were in jeopardy and that the government would not fulfill its promises.

With their way of life endangered, the Sioux turned to Little Crow to lead them in a war for self-preservation, a war that Little Crow had tried to avoid during most of his adult life. Within a year, the Sioux had been evicted from Minnesota, Little Crow was dead, and a way of life had vanished. Through his life-his biography-the complex interrelationship of Indian and white can be studied and, in some measure, understood.