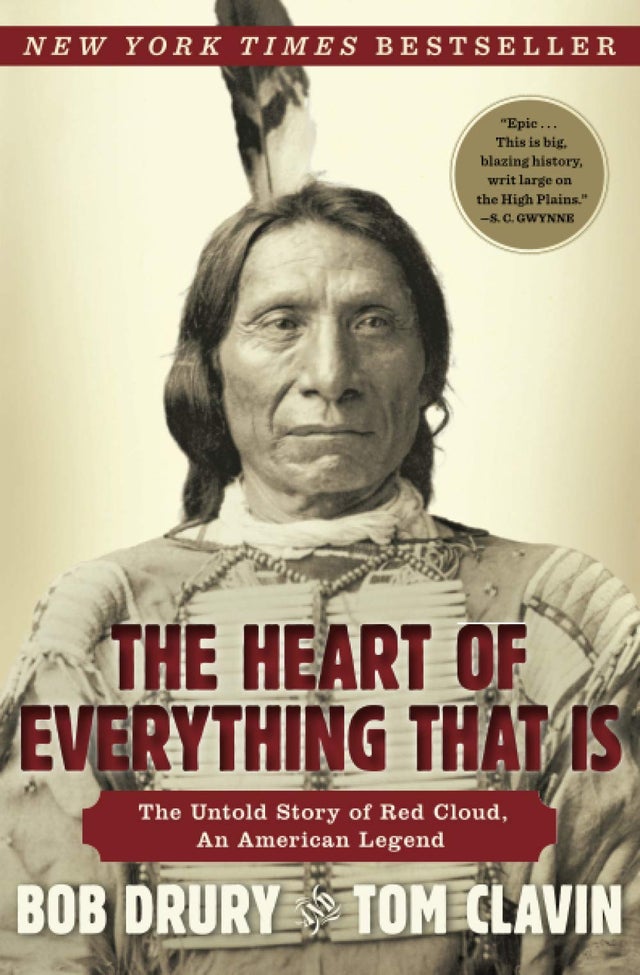 The Heart of Everything That Is: The Untold Story of Red Cloud, An American Legend

Red Cloud was the only American Indian in history to defeat the United States Army in a war, forcing the government to sue for peace on his terms. At the peak of Red Cloud’s powers the Sioux could claim control of one-fifth of the contiguous United States and the loyalty of thousands of fierce fighters. But the fog of history has left Red Cloud strangely obscured. Now, thanks to the rediscovery of a lost autobiography, and painstaking research by two award-winning authors, the story of the nineteenth century’s most powerful and successful Indian warrior can finally be told.

In this astonishing untold story of the American West, Bob Drury and Tom Clavin restore Red Cloud to his rightful place in American history in a sweeping and dramatic narrative based on years of primary research. As they trace the events leading to Red Cloud’s War, they provide intimate portraits of the many lives Red Cloud touched—mountain men such as Jim Bridger; US generals like William Tecumseh Sherman, who were charged with annihilating the Sioux; fearless explorers, such as the dashing John Bozeman; and the memorable warriors whom Red Cloud groomed, like the legendary Crazy Horse. And at the center of the story is Red Cloud, fighting for the very existence of the Indian way of life.