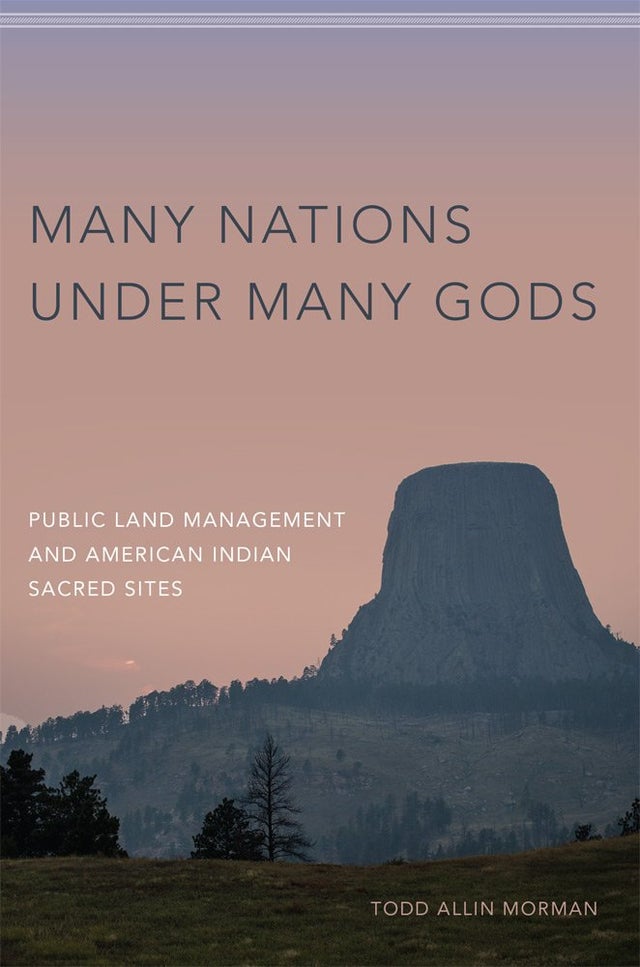 Many Nations under Many Gods: Public Land Management and American Indian Sacred Sites

The lands the United States claims sovereignty over by right of the Doctrine of Discovery are home to more than five hundred Indian nations, each with its own distinct culture, religion, language, and history. Yet these Indians, and federal Indian law, rarely factor into the decisions of the country’s governing class—as recent battles over national monuments on tribal sites have made painfully clear. A much-needed intervention, Many Nations under Many Gods brings to light the invisible histories of several Indian nations, as well as their struggles to protect the integrity of sacred and cultural sites located on federal public lands.

Todd Allin Morman focuses on the history of Indian peoples engaging in consultation, a process mandated by the National Environmental Policy Act and the Indian Religious Freedom Act whenever a federal agency’s proposed action will affect land of significance to indigenous peoples. To understand this process and its various outcomes first requires familiarity with the history and culture that make these sites significant to particular Indian nations. Morman provides this necessary context for various and changing indigenous perspectives in the legal process. He also examines consultation itself in a series of case studies, including Hopi efforts to preserve the sacred San Francisco Peaks in the Coconino National Forest from further encroachment by a ski resort, the Washoes’ effort near Lake Tahoe to protect Cave Rock from an influx of rock climbers, the Forest Service’s plan for the Blackfeet site Badger-Two Medicine, and religious freedom cases involving the Makahs, the Quechans, the Western Apaches, and the Standing Rock Sioux.

These cases illuminate the strengths and dangers inherent in the consultation process. They also illustrate the need, for Natives and non-Natives alike, to learn the history of North America in order understand the value of protecting the many cultural and sacred sites of its many indigenous peoples. Many Nations under Many Gods reveals—and works to meet—the urgency of this undertaking.