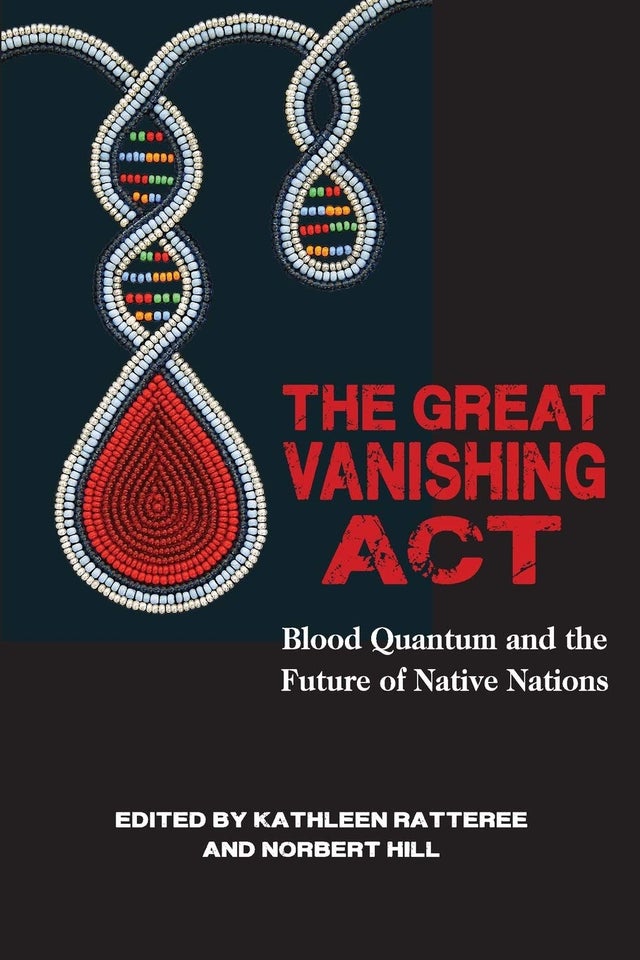 The Great Vanishing Act: Blood Quantum and the Future of Native Nations

The Indian Reorganization Act of 1934 was the US government’s attempt to define who “Indians” were. Among the criteria the act set was a blood quantum, which declared that “Indians” were "all other persons of one-half or more Indian blood". Today, many tribes wrestle with the legacy of blood quantum and “Indian” identity, as they work to manage tribal enrollment and social services. As the bloodlines grow increasingly diluted, within a few generation, recognized tribes might legally disappear.

Through essays, personal stories, case studies, satire, and poetry, The Great Vanishing Act brings together writers from around the world to explore the biological and cultural metaphor of blood quantum, the most critical issue facing Indigenous populations in the twenty-first century.