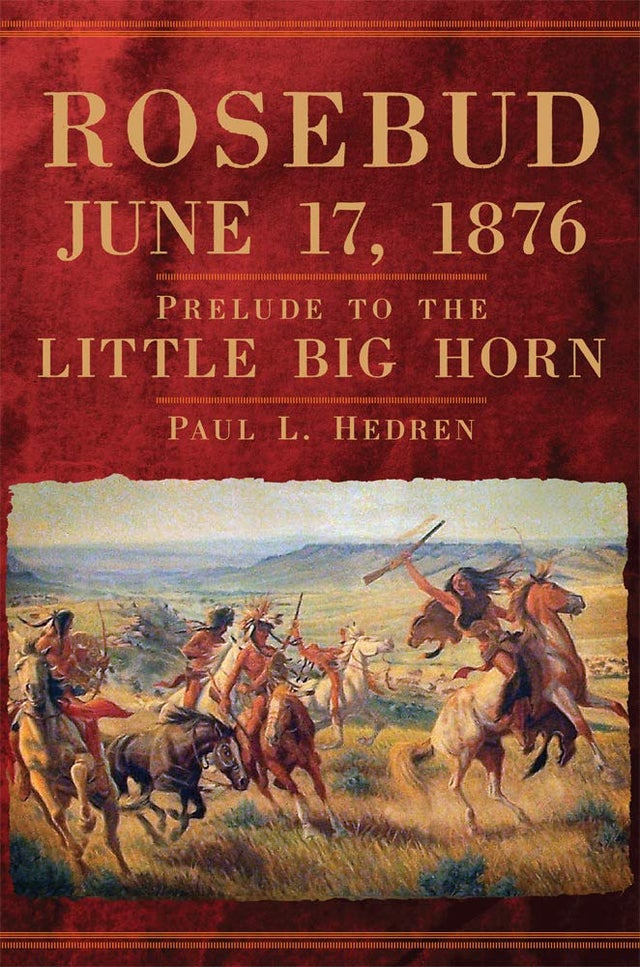 The Battle of the Rosebud may well be the largest Indian battle ever fought in the American West. The monumental clash on June 17, 1876, along Rosebud Creek in southeastern Montana pitted George Crook and his Shoshone and Crow allies against Sioux and Northern Cheyennes under Sitting Bull and Crazy Horse. It set the stage for the battle that occurred eight days later when, just twenty-five miles away, George Armstrong Custer blundered into the very same village that had outmatched Crook. Historian Paul L. Hedren presents the definitive account of this critical battle, from its antecedents in the Sioux campaign to its historic consequences.

Rosebud, June 17, 1876 explores in unprecedented detail the events of the spring and early summer of 1876. Drawing on an extensive array of sources, including government reports, diaries, reminiscences, and a previously untapped trove of newspaper stories, the book traces the movements of both Indian forces and U.S. troops and their Indian allies as Brigadier General Crook commenced his second great campaign against the northern Indians for the year. Both Indian and army paths led to Rosebud Creek, where warriors surprised Crook and then parried with his soldiers for the better part of a day on an enormous field. Describing the battle from multiple viewpoints, Hedren narrates the action moment by moment, capturing the ebb and flow of the fighting. Throughout he weighs the decisions and events that contributed to Crook’s tactical victory, and to his fateful decision thereafter not to pursue his adversary. The result is a uniquely comprehensive view of an engagement that made history and then changed its course.

Rosebud was at once a battle won and a battle lost. With informed attention to the subtleties and significance of both outcomes, as well as to the fears and motivations on all sides, Hedren has given new meaning to this consequential fight, and new insight into its place in the larger story of the Great Sioux War. Paperback. 2019.