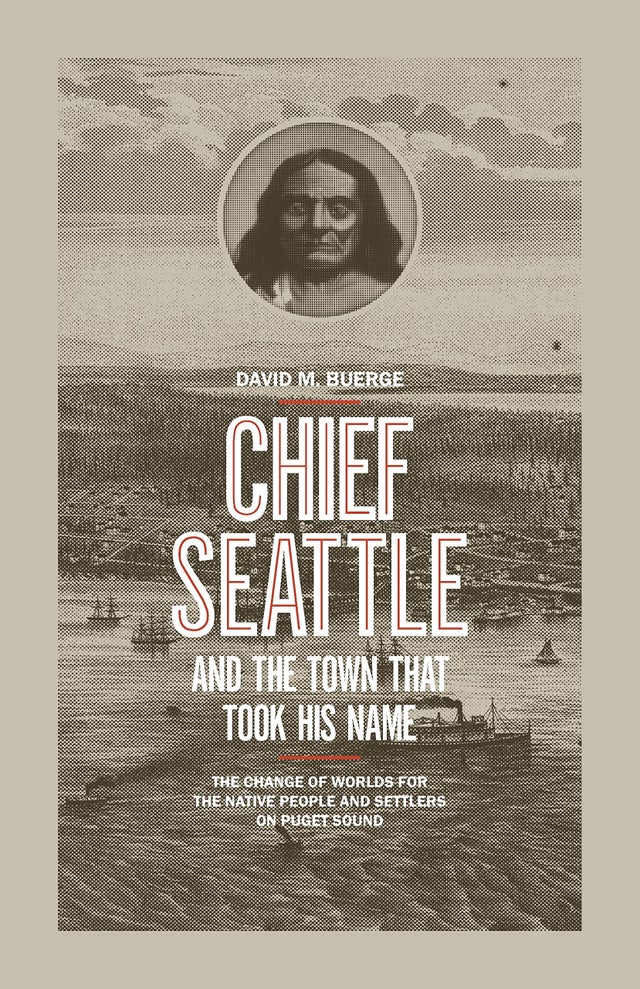 Chief Seattle and the Town That Took His Name: The Change of Worlds for the Native People and Settlers on Puget Sound

This is the first thorough historical account of Chief Seattle and his times--the story of a half-century of tremendous flux, turmoil, and violence, during which a native American war leader became an advocate for peace and strove to create a successful hybrid racial community.

When the British, Spanish, and then Americans arrived in the Pacific Northwest, it may have appeared to them as an untamed wilderness. In fact, it was a fully settled and populated land. Chief Seattle was a powerful representative from this very ancient world. Historian David Buerge has been researching and writing this book about the world of Chief Seattle for the past 20 years. Buerge has threaded together disparate accounts of the time from the 1780s to the 1860s--including native oral histories, Hudson Bay Company records, pioneer diaries, French Catholic church records, and historic newspaper reporting. Chief Seattle had gained power and prominence on Puget Sound as a war leader, but the arrival of American settlers caused him to reconsider his actions. He came to embrace white settlement and, following traditional native practice, encouraged intermarriage between native people and the settlers, offering his own daughter and granddaughters as brides, in the hopes that both peoples would prosper. Included in this account are the treaty signings that would remove the natives from their historic lands, the roles of such figures as Governor Isaac Stevens, Chiefs Leschi and Patkanim, the Battle at Seattle that threatened the existence of the settlement, and the controversial Chief Seattle speech that haunts to this day the city that bears his name.