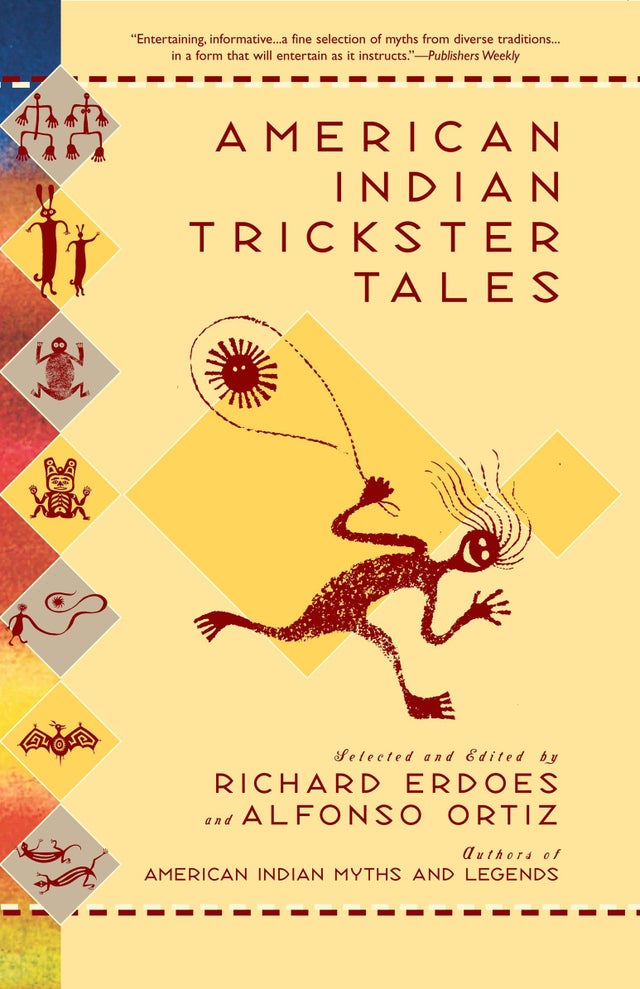 Of all the characters in myths and legends told around the world, it's the wily trickster who provides the real spark in the action, causing trouble wherever he goes. This figure shows up time and again in Native American folklore, where he takes many forms, from the irascible Coyote of the Southwest, to Iktomi, the amorphous spider man of the Lakota tribe. This dazzling collection of American Indian trickster tales, compiled by an eminent anthropologist and a master storyteller, serves as the perfect companion to their previous masterwork, American Indian Myths and Legends.

American Indian Trickster Tales includes more than one hundred stories from sixty tribes--many recorded from living storytellers—which are illustrated with lively and evocative drawings. These entertaining tales can be read aloud and enjoyed by readers of any age, and will entrance folklorists, anthropologists, lovers of Native American literature, and fans of both Joseph Campbell and the Brothers Grimm. Erdoes, Richard. 1999. Paperback.