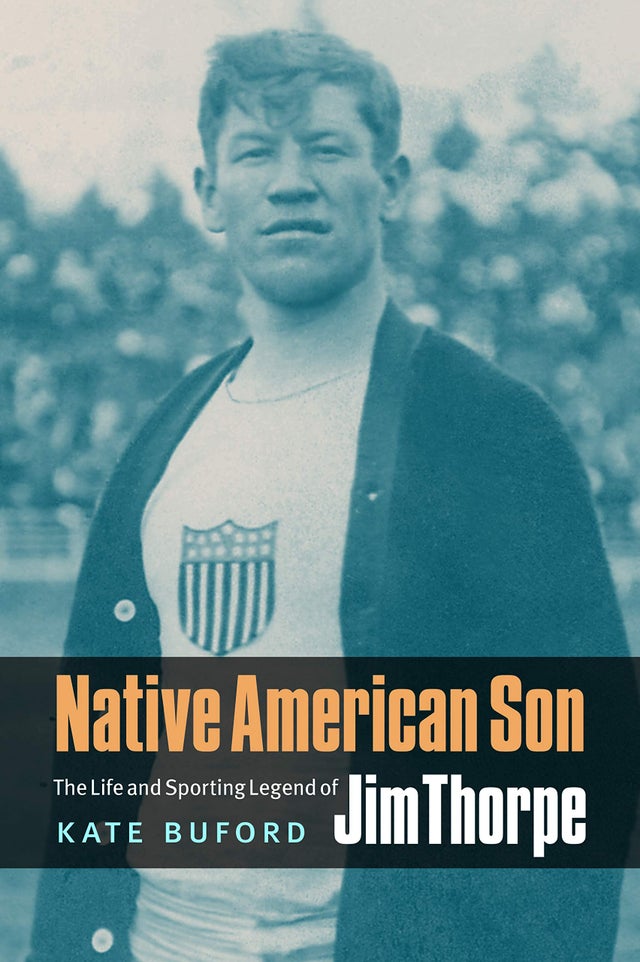 With clarity and an eye for detail, Kate Buford traces the pivotal moments of Thorpe’s incomparable career: growing up in the tumultuous Indian Territory of Oklahoma; leading the Carlisle Indian Industrial School football team to victories against the country’s finest college teams; winning gold medals in the 1912 Olympics pentathlon and decathlon; defining the burgeoning sport of professional football; and playing long, often successful—and previously unexamined—years in professional baseball.

At the same time, however, Buford recounts the difficulties Thorpe faced as a Native American. We also see the infamous loss of his Olympic medals, stripped from him because he had previously played professional baseball, an event that would haunt Thorpe for the rest of his life. We see his struggles with alcoholism and personal misfortune, and how he came to distrust many of the hands extended to him. We learn the details of his vigorous advocacy for Native American rights while he chased a Hollywood career, and the truth behind the supposed reinstatement of his Olympic record in 1982.

Here is the story of a complex, iconoclastic, profoundly talented man whose life encompassed both tragic limitations and truly extraordinary achievements. Paperback. 2012.