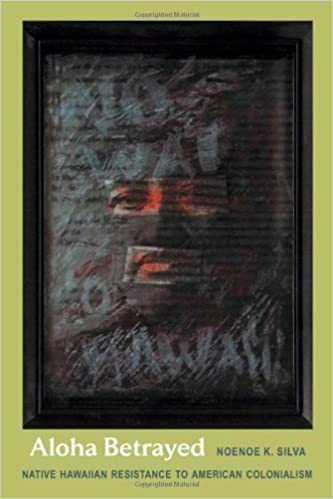 n 1897, as a white oligarchy made plans to allow the United States to annex Hawai'i, native Hawaiians organized a massive petition drive to protest. Ninety-five percent of the native population signed the petition, causing the annexation treaty to fail in the U.S. Senate. This event was unknown to many contemporary Hawaiians until Noenoe K. Silva rediscovered the petition in the process of researching this book. With few exceptions, histories of Hawai'i have been based exclusively on English-language sources. They have not taken into account the thousands of pages of newspapers, books, and letters written in the mother tongue of native Hawaiians. By rigorously analyzing many of these documents, Silva fills a crucial gap in the historical record. In so doing, she refutes the long-held idea that native Hawaiians passively accepted the erosion of their culture and loss of their nation, showing that they actively resisted political, economic, linguistic, and cultural domination. Drawing on Hawaiian-language texts, primarily newspapers produced in the nineteenth century and early twentieth, Silva demonstrates that print media was central to social communication, political organizing, and the perpetuation of Hawaiian language and culture. A powerful critique of colonial historiography, Aloha Betrayed provides a much-needed history of native Hawaiian resistance to American imperialism. Paperback. 2004. Silva, Noenoe.