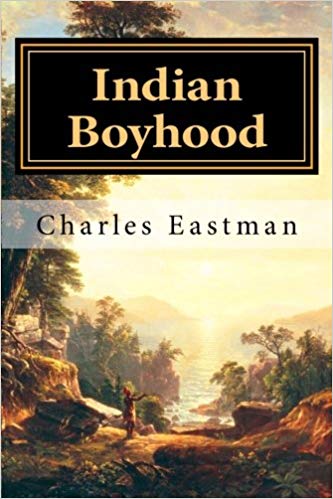 Paperback. Indian Boyhood (1902) was the literary debut of Charles A. Eastman (Ohiyesa), a Santee Sioux whose eleven books aimed at bringing whites and Indians closer together. The favorable reception of the autobiographical Indian Boyhood would lead him to write such classic works as Old Indian Days (1907), Wig warn Evenings: Sioux Folk Tales Retold (with Elaine Goodale Eastman, 1909), The Soul of the Indian (1911), From the Deep Woods to Civilization (1916), and Indian Heroes and Great Chieftains (1918), all reprinted as Bison Books.

At the beginning of Indian Boyhood Eastman recalls the 1862 Sioux Uprising in Minnesota that sent his family into exile in Canada. He describes his childhood there, which ended when his father, who had been presumed dead, appeared to take him back to the United States. An Indian boy's training, child-hood games, harvesting and feasts, legends told around a campfire—Eastman relates all aspects of the rich traditional life of the Santee Sioux, which had already passed away by the time this book was published.