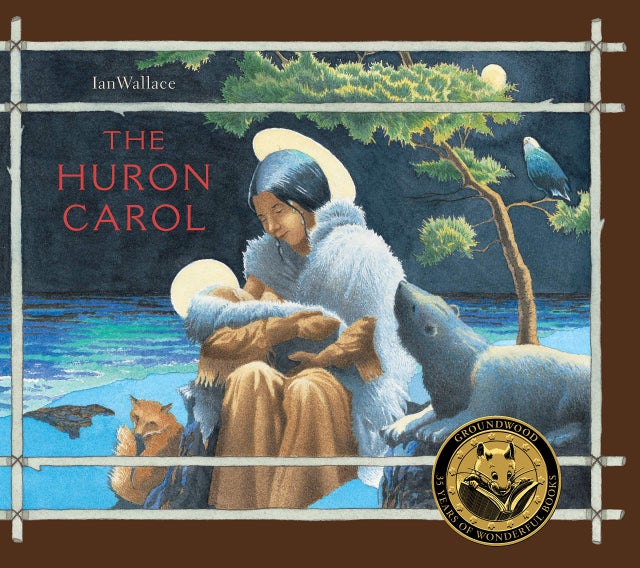 Renowned children’s book illustrator Ian Wallace brings his masterful ability to paint landscape and his cultural sensitivity to “The Huron Carol,” a beautiful and unusual song with a rich history.

In the early 1600s Father Jean de Brébeuf came to Canada from his native France as a Jesuit missionary. He settled among the Huron, or Ouendat, people in what is now Midland, Ontario. Despite his missionary zeal, Brébeuf was sensitive to the people with whom he lived. He learned their language and he wrote, in Huron, the original version of this famous Christmas carol. He and his fellow priests, called Black Robes, and many of their Huron parishioners were killed in an Iroquois raid in 1649.

But Brébeuf’s carol continued to be sung by successive generations of Hurons. Then in 1926, Toronto writer Jesse Edgar Middleton, inspired by Brébeuf, wrote his own version of the carol in English. His are the familiar words we sing today, describing the Huron landscape, flora and fauna in telling the Christmas story.

Ian Wallace’s luminous illustrations, set against the dramatic backdrop of Georgian Bay, make this a stunning Christmas gift book. Multilingual versions of the text, the music and a full description of how this carol has come down to us today are included.