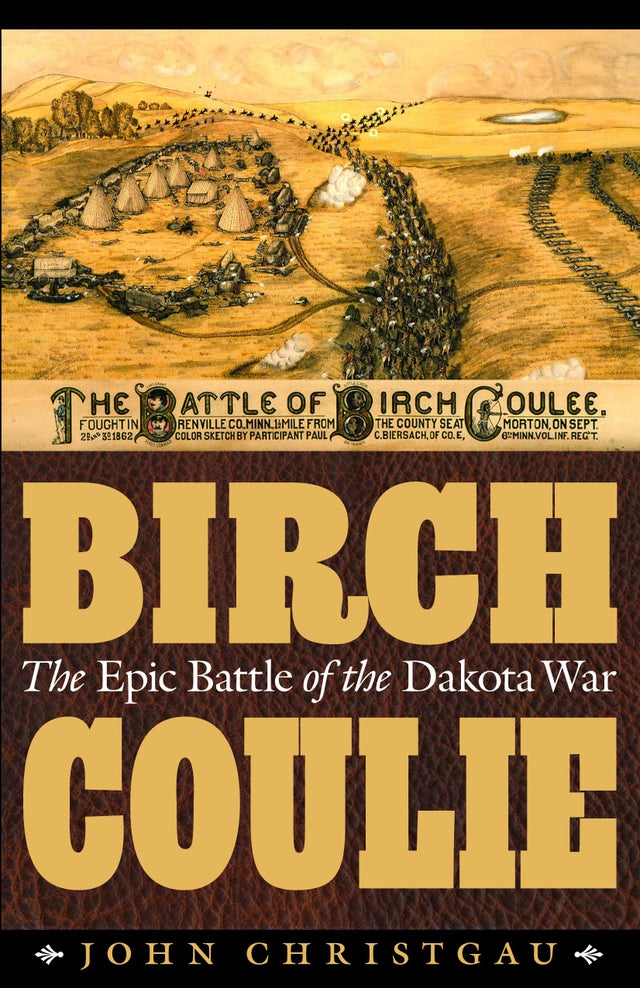 Birch Coulie: The Epic Battle of the Dakota War

In the days following the Battle of Birch Coulie, the decisive battle in the deadly Dakota War of 1862, one of President Lincoln’s private secretaries wrote: “There has hardly been an outbreak so treacherous, so sudden, so bitter, and so bloody, as that which filled the State of Minnesota with sorrow and lamentation.” Even today, at the 150th anniversary of the Dakota War, the battle still raises questions and stirs controversy. In Birch Coulie John Christgau recounts the dramatic events surrounding the battle. American history at its narrative best, his book is also a uniquely balanced and accurate chronicle of this little-understood conflict, one of the most important to roil the American West.

Christgau’s account of the war between white settlers and the Dakota Indians in Minnesota examines two communities torn by internal dissent and external threat, whites and Native Americans equally traumatized by the short and violent war. The book also delves into the aftermath, during which thirty-eight Dakota men were hanged without legal representation or the appearance of defense witnesses, the largest mass execution in American history. With its unusually nuanced perspective, Birch Coulie brings a welcome measure of clarity and insight to a critical moment in the troubled history of the American West.