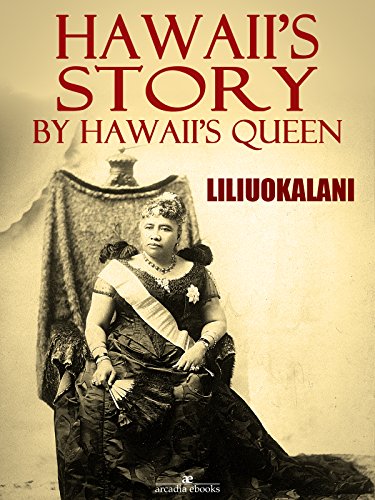 Hawaii's Story by Hawaii's Queen is a book written by Queen Liliuokalani, the last monarch of the Kingdom of Hawai'i. It was published in 1898, five years after the overthrow of the Kingdom. In it, Liliuokalani gives her account of her upbringing, her accession to the throne, the overthrow of her government by pro-American forces, her appeals to the United States to restore the Hawaiian monarchy, and her arrest and trial following an unsuccessful 1895 rebellion against the Republic of Hawai'i. Her appeals immediately after the Hawaiian Revolution were acted upon by her friend, President Grover Cleveland, who demanded her reinstatement from the President of Hawai'i, Sanford B. Dole, following a confidential investigation and report by James Henderson Blount submitted July 17, 1893. Dole refused Cleveland's demands. Cleveland then referred the matter to the United States Congress. The Congress investigated further and produced the Morgan Report on February 26, 1894 which concluded that the U.S. had no role in the Hawaiian Revolution. Following the Morgan Report, the Turpie Resolution of May 31, 1894 ended any hope for further assistance in regaining her throne, and her further appeals for help were rebuffed by the Cleveland administration. In 1898, the same year the book was originally published, Hawai'i was formally annexed by the United States of America. This book is seen by many in the Hawaiian sovereignty movement as a key source documenting the overthrow of the Hawaiian monarchy. Many of her assertions regarding the overthrow are contradicted by other primary sources, including the Morgan Report and the Native Hawaiians Study Commission Report of 1983. In either case, many people believe that the work is successful in conveying the frustration and sadness by the Queen and her supporters both for her loss of the throne, as well as the end of the independent nation of Hawai'i upon annexation to the United States. Paperback. 2016.